Throw a pebble down Congress Avenue and you’re sure to hit a restaurant run by Scott Walker – Partner and Vice President of Operations at Congress, Bar Congress, and Second Bar + Kitchen. Though all three venues may not be created equal, they each offer a unique approach to food and drink in the city of Austin. 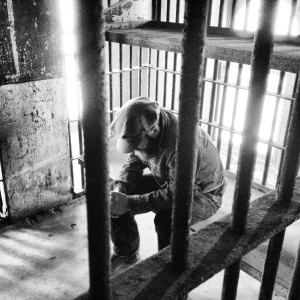 His attention to detail in the structure and design of each bar or restaurant is as acute as his choice of sound coming out of the speakers. “I try and find things that fit the individual spaces,” says Walker, to whom we spoke with recently about his choice of sounds –  “music is a great way to divide space.” Admitting to the ever-changing, ever-growing climate of Austin, he explored with us both conscious and intuitive decisions in the cherry-picking of music to suit the fine nuances of each of his lovely restaurants.

Orchid: I read an article where you talked about being locally focused. How do you go about creating your spaces with a local connection? Are there key elements in the menu, design, or amenities that you offer to create that local experience?
Scott: There are many touches in the physical design that are of local relevance (although not overtly obvious), and of course we keep an eye on local ingredients. Eventually though, it’s about what’s best and makes the most sense.

Orchid: At what point in your projects do you begin to think about the music you will play?
Scott: It’s actually a very formative thought, but it evolves. Honestly, it’s hard to commit to a specific musical feel until the space begins to take its final shape.

Orchid: How do you decide where in the restaurants music will be played?
Scott: I think it’s all relative to the feel you are after. I definitely wanted elements of “random” involved. Analog tones and sounds were always very important to me – mainly because making peace with the local area was an objective. When I left in early 2007, high-rise condos were not fondly looked upon. 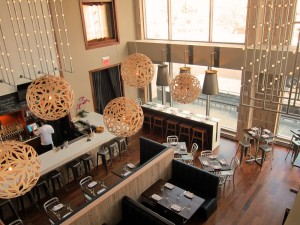 Orchid: Is there a methodology to deciding what type of music you will play?
Scott: Not really – it’s varied, and I watch and listen to what people respond to. We adapt, and I welcome suggestions from the staff – most of whom are pretty musically obsessed.

Orchid: What is the importance of music in Congress?
Scott: In Congress, it’s crucial to setting the tone. I had a completely different soundtrack in the beginning – more of an ethereal, ambient type set – that didn’t go over so well. It came off as extremely subtle and cold. Live and learn.

Orchid: Can you share with us your most memorable moment where music impacted you emotionally?
Scott: I go to a lot of shows – or did in years past – so yes, there have been some impactful moments over the years. Music is extremely important in film, and I love to see the two mediums tied together when it’s well done. It’s hard to label one particular moment in time as “most memorable,” but there was a Bowie show in the early nineties that was pretty special. The man’s a genre in himself.